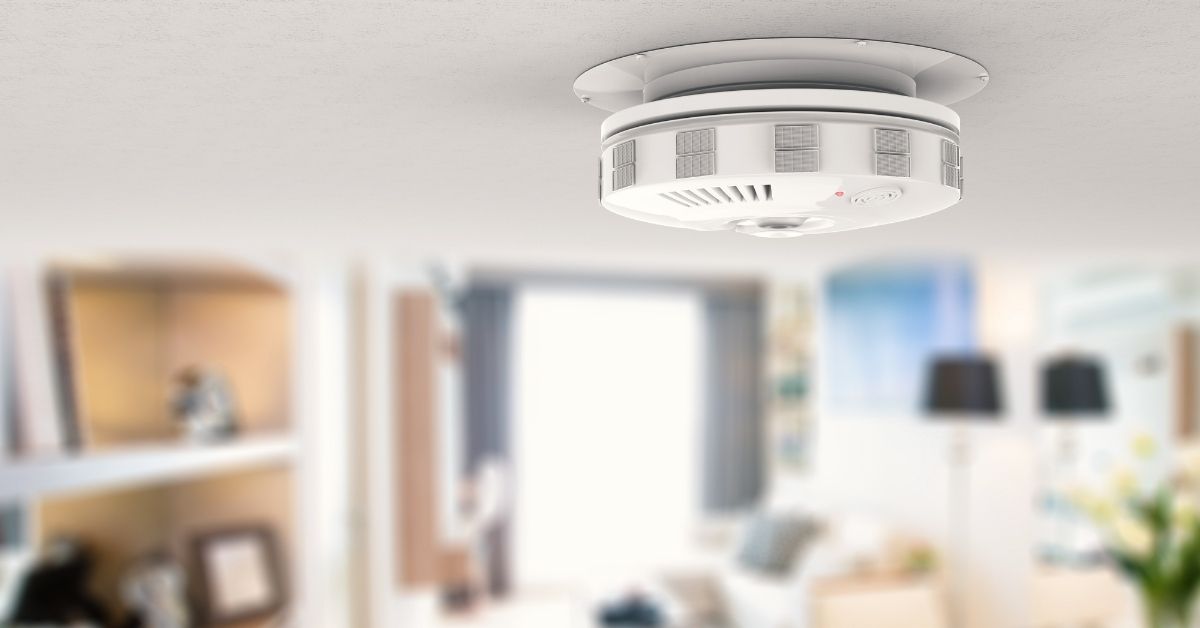 When I begin a new aging-in-place home renovation project, my clients always want to talk about installing non-slip floors throughout the house, renovating the master bath to include a zero-threshold shower, adding lots of light, and other big projects. The same is true when I talk to DIYers.

Less often do I get asked about simpler safety features. That’s because what many of my clients and DIYers don’t realize at first is that simple upgrades can sometimes make the biggest impact on the safety of an aging-in-place home. Smoke detectors are a perfect example.

The only job a smoke detector has is to tell us if there’s smoke or a fire in the house. It’s so simple that most of the time we take smoke detectors for granted. We just mount them to the ceiling and trust that they’ll always do their job.

Thanks to smart home technology, however, smoke detectors have graduated from simple tools to serious safety devices meant to not only alert your parent of a house fire but help them escape smoke and fires faster and more easily.

Upgrading your parent’s traditional smoke detectors to ones with smart technology built in is one of the more powerful, yet simplest safety upgrades you can make to your aging-in-place home.

Smoke detectors are obviously very important home safety devices and a traditional one will do the job in most homes. However, when we begin looking at the very specific needs of the aging-in-place home, I fully believe that a smart smoke detector is the only truly safe option.

This is huge because now they can check the battery life of the smoke detector from their phone and receive an alert if a battery is running low before it dies. If the smoke alarm does go off while they’re cooking, they can tell the alarm to turn off, rather than getting up on a ladder to press the ‘off’ button and risking a fall. The best part about smart smoke detectors with voice-control capabilities is the ability to instantly tell your alarm to call 911.

Voice command technology is going to be the big game-changer for aging-in-place design – more on that in upcoming articles.

For so many reasons, a smart smoke detector should be high up on your aging-in-place upgrade list.

These are my four favorite smart smoke detector devices for my aging-in-place home renovation projects and the ones I recommend most to DIYers.

Let’s start with the big name in smart smoke detectors right now: the Google Nest Protect. This is one of my favorite smoke detectors for aging-in-place homes for a number of reasons.

First, the Nest detects both smoke and carbon monoxide. As a smoke detector, it’s going to recognize both fast-burning and smoldering fires and tell you which room in your home the fire is coming from. This is a critical feature if your parent has mobility challenges because if the smoke detector says that smoke is coming from the front of the house, your parent instantly knows to make their way to the back door to get out safely.

2. Second, if you walk under the Nest at night, it lights up creating a pathway of light for your parent when they need to make their way through the house at night – a genius safety feature addition for aging-in-place homes.

If your existing smoke detector is hardwired into your house’s power supply, you’ll want to get the Hardwired Google Nest Protect rather than the battery-powered model.

First Alert is a well-known name in the world of smoke and carbon monoxide detectors and they continue to deliver with their Onelink Safe and Sound. This detector pretty much has it all. It’s WiFi and Bluetooth-enabled, connecting to your Alexa and your smartphone.

The First Alert app is easy-to-use as well, so testing is simple. If smoke is detected, your parent will receive a notification on their phone that includes a button to call 911 right from the app. Its voice command capabilities allow them to call 911 with just their voice as well – two ways to get help fast in case of an emergency. Like I mentioned above, this is key!

This particular detector is installed by hardwiring it into your home. If your existing smoke detector is hardwired, you’ll just use the adapter that comes with the Safe and Sound and connect it directly – no rewiring required.

The only big drawback for me with the Safe and Sound detector is the price tag. But, when it comes to a device created to keep your parent safe and alert them to a fire faster than a traditional smoke detector, it may be worth spending a little more for a few extra bells and whistles.

Also, from First Link, the Onelink detector is a great option when you want to keep things simple. It works with your phone as well as your Alexa so voice command is built right in.

This smart smoke detector not only alerts you to smoke and carbon monoxide in the house, but, like the Nest, it relays the room or area of the house smoke or C0 is detected, making your parent less likely to enter a smoky room as they find their way out. In order to include this feature, you’ll need to place a Onelink smoke detector in each room and connect them all via WiFi.

If your existing smoke detectors are hardwired throughout your home, you want the First Alert Onelink Hardwired Detector.

If you really want to keep things simple and turn your not-so-smart smoke alarm into a WiFi-enabled tech device in about 1 minute (or less), the Roost Smart Battery is a pretty cool option.

How to Install Your Smart Smoke Detector

Each one of the smart smoke detectors on this list comes with its own set of installation instructions, but they’re all various takes on the same basic principles – attaching the smoke detector securely to the ceiling and connecting it to your smartphone and smart speaker. It’s the perfect project for any aging-in-place DIYer.

Here are the basic steps to take when you’re ready to install your smart smoke detector.

Step 1: Connect the Smoke Detector to the Manufacturer’s App on Your Smartphone

The first thing to do is to install the smoke detector app on your phone and go through the steps to connect both devices. Each smart smoke detector manufacturer will have its own app with its own set of instructions.

If you’re setting up a series of smoke detectors, connect them to the app all at once. Most brands require you to sync each smoke detector so they can talk to one another once they’re installed.

Through the app, you’ll want to assign each smart smoke detector to a location. This is important because the app needs to know which room the smoke or carbon monoxide is coming from in order to alert your parent.

Step 2: If Your Smoke Detectors are Hardwired, Shut Off the Electric in Each Room

Do not mess around with electricity. Always flip the breaker to any electrical circuit in the house that connects to the rooms with existing smoke detectors. When you’re hardwiring your smoke detector you’ll be connecting it to your home’s power supply, and you do not want those wires to be hot when you go to connect them.

Step 3: Remove the Existing Smoke Detector and Base Plate

Most smoke detectors disconnect from their base plate pretty easily by just twisting the unit until it’s loose. Once it’s removed, unscrew the baseplate that’s attached to the ceiling.

If your existing smoke detectors are battery-powered, you’ll be left with a solid ceiling to attach the new smoke detector. If yours are hardwired, you’ll see an opening with wires hanging down.

Step 4: If Necessary, Connect the New Smoke Detector’s Wires to the Adapter

Hardwired smoke detectors will come with a wire adapter to bridge the device to the house’s power supply. At this step, connect the adapter wires to the power supply wires with an electrical wire connector. Twist the connector a couple of times to make sure the wires are tightly connected so they don’t come loose.

Step 5: Install the Base Plate

With your screwdriver and the screws supplied with the smoke detector, screw the baseplate into the ceiling where you want it mounted.

If you’re installing a battery-powered smoke detector, twist the device into place along the base plate until the two fit together securely.

If you’re installing a hardwired smoke detector, connect the other end of the adapter wire to the device and twist the smoke detector in place so it fits securely to the base plate.

Go to your app and run a test to make sure the smoke detector is fully connected and working the way it should. Most apps will let you test and adjust the alarm sound.

Pro Tip: Just because the alarm is loud enough for you doesn’t mean it’s loud enough for your parent. If they have hearing issues or you’re just planning ahead in case they do in the future, turn up the volume. I almost always set smoke detectors a few decibels higher in my aging-in-place homes.

This is one of the simplest yet most critical safety upgrades you can make to your parent’s home as they prepare to age in place. There’s no reason not to jump on this and check this project off your list weekend.

If you have questions as you take a look at each of the smoke detectors on my list of favorites or as you do your installation, use the comments section below to get in touch. I’m here to help as you continue on your aging-in-place home renovation journey.

Good luck with your next aging-in-place project! 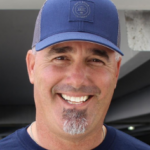 Aging-in-Place Contractor Max Tripodi offers advice and ideas on how to do your aging-in-place home renovation projects well. His passion for helping older adults age in their homes is borne out of his own experiences with loved ones over the years. Max has been in the general contracting business for more than 25 years, and is now passing his secrets on to you.

What is a Certified Aging in Place Specialist?
Design Ideas
Ultimate AIP Guides